Shocked by surprise losses, Democrats sound the alarm for 2022

PJ Akeeagok was named the new premier-elect of Nunavut after a three-way race on Wednesday.

The race was settled by secret ballot by the Members elected to the Sixth Legislative Assembly by the Nunavummiut.

Before MPs vote, each candidate made a speech and answered questions from other members.

Hot topics included caring for the elderly in the territory, job creation through mining and decentralization from the Government of Nunavut, and housing.

Akeeagok referred to high school students in Iqaluit who entered the Legislative Hall lobby on Tuesday to demand more resources.

“I want each of them to know that we heard you loud and clear,” he said, addressing the young people.

He compared the severity of suicide rates in Nunavut to the COVID-19 pandemic.

“Governments were able to mobilize very quickly, they were able to provide support to ensure security,” he said of the pandemic response. The response to suicide must be similar, he said.

“I will do everything in my power to provide tangible solutions to the problem. “

Akeeagok was president of the Qikiqtani Inuit Association for seven years until he stepped down to run in the October 25 general election in Nunavut. 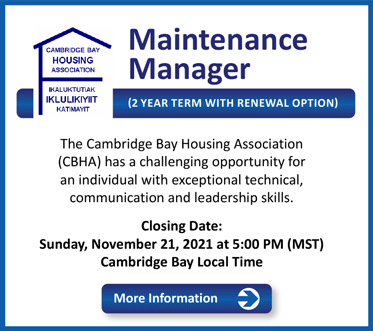 This experience arose when the premier candidates debated how the Government of Nunavut should work with Inuit organizations to more effectively address issues, such as the housing crisis, in the territory.

Akeeagok said that two of his top priorities if elected would be to address the housing shortage and elderly care needs.

Throughout the candidate debate, Savikataaq relied on his background and said his strength is to be fair to all Nunavummiut and to listen to all aspects of the issues.

He said giving him a second term would allow consistency across the change of government.

“There is no learning curve.”

Health Minister Kusugak has mentioned the need for the next government to be proactive on several occasions.

“This government must stop being a reactionary government on very important issues such as child abuse, suicide and other crimes against our women and children,” he said.

When the topic of decentralizing the GN to create jobs in small communities came up, Kusugak also suggested that more remote jobs be available to integrate remote Nunavummiut into the labor market without the need to build local offices. .

Tony Akoak, MP for Gjoa Haven, was elected Speaker of the House at the start of Wednesday’s leaders’ forum.

On Wednesday evening, eight ministers will be chosen from the group of deputies, also elected by their peers by secret ballot.

The elected prime minister will give ministers their portfolios in the coming days.

Underlying issues of the UWI saga

U-shaped or J-shaped association of hsCRP with SUA levels

UConn is so much better with RJ Cole on the pitch – score, distribute or take charge

Credit organizations will perform level tests to learn a little more about it. For example

Motivation is a key consider realizing if college students are dishonest