A new wave of payments – ShareCafe

Antibiotics are frequently used in veterinary medicine as growth promoters and for the treatment and prevention of disease. Unjustified use of antibiotics could lead to violations of residues in foods of animal origin, including meat and milk, posing a potential risk to human health.

For this reason, all countries in the world regulate the use of antibiotics in animals.

Canada and the European Union have set maximum residue limits (MRLs) for drug residues in food, while the United States calls them tolerance levels.

Classes of antibiotic residues used in milk that have generated regulatory interest include sulfonamides, fluoroquinolones, β-lactams, macrolides and tetracyclines. Table 1 presents the tolerance limits in milk for the classes of antibiotics analyzed in this study.

Table 1. List of antibiotics of different classes and their tolerance limit in milk. Source: PerkinElmer Food Safety and Quality

a Tolerance or safety levels in milk as of 09/27/05 Note from the Milk Safety Directorate of the FDA / CFSAN1
b The amounts indicated are “security levels” and not a tolerance
vs No tolerance set for milk; target level method set at 100 ng / ml (tolerance in the muscle)
D No tolerance or safety levels have been established; target levels of the method set at 5 ng / ml
e Tolerance includes sum and individual residuals; target method levels set at 100 ng / ml each
F Off-label use of sulfonamides in lactating dairy cows (except sulfadimethoxine) is prohibited.1

This article presents a rapid and sensitive LC / MS / MS method ideal for the quantitative and confirmatory analysis of multiclass antibiotics in milk. Antibiotics analyzed in this study included:

Two internal standards were employed in this method – ciprofloxacin-d8 and flunixin-d3. A modified, basic QuEChERS method was utilized in the extraction of a range of antibiotics from milk.

The method demonstrated good sensitivity, recovery, linearity, precision and selectivity, making it well suited to the analysis of antibiotics in milk at the low tolerance levels defined by numerous regulatory bodies.

A PerkinElmer Altus™ UPLC® System was used for the chromatographic separations. This instrument included the Altus A-30 Solvent/Sample Module, column heater and integrated vacuum degasser.

A QSight™ 210 Triple Quadrupole MS/MS detector was used for detection, while instrument control, analysis and data processing were all done via the Simplicity 3Q™ software platform.

Solvents, reagents and diluents used in this study were all LC/MS grade, with every antibiotic standard provided by Sigma-Aldrich® Inc., Saint-Louis, MO. These were stored at 4 °C in a refrigerator to prevent their degradation.

Stock and mixed drug solutions for calibration and spiking were prepared in methanol. This was the case for all antibiotics, except β-lactams, which used water as a solvent. It is necessary to store β-lactam standards in plastic vials, though other antibiotic standards can be stored in glass or plastic containers.

Sorbent end capped C18 was acquired from Supelco, with vials kept at 7 °C in an autosampler tray to prevent analyte degradation. All stock and working standards were stored under refrigeration until required, with only amber 2-mL LC vials used. This was also done to prevent degradation.

Two internal standards were used for calibration and quantitation purposes: ciprofloxacin-d8 for sulfonamides, fluoroquinolones and tetracyclines and flunixin-d3 for macrolides and β-lactams.

Organic whole milk samples from a local market were employed as a controlled blank matrix. Five different types of milk samples were also analyzed with different fat contents to investigate the presence of antibiotics. A basic, modified QuEChERS method was employed for sample preparation.2,3

For matrix-matched calibration, spiking and internal standard solutions were added after step 7 to provide equivalent analyte concentrations in samples ranging from 0.1 ng/ml to 1000 ng/ml. There were five replicates at each calibration level.

Electrospray ionization in positive mode was employed in the analysis of all residues. Source parameters (such as source temperature, gas flows and position settings) were optimized.

This was done by infusing a 0.5 µg/ml solution of sulfamethazine at 10 µl/min into a stream of 90:10 water:acetonitrile with 0.1% formic acid and 5 mM ammonium formate at a flow rate of 0.5 ml/min.

Solutions for each individual residue were infused at 0.5 µg/ml to ascertain optimal collision energies for each MRM transition. Quadrupole peak widths (Q1 and Q3) were set at 0.7 amu.

Table 3 provides the parameters for each MRM transition, and three of these MRM transitions were monitored for each antibiotic residue to limit the number of false positives and negatives in the method.4

Table 4 summarizes LOQ and regression values for each antibiotic’s calibration curves 4. The LOQ for each analyzed antibiotic was found to be lower than the acceptable tolerance level in milk by a factor of 5 to 100.

This confirmed that the method was sensitive enough to analyze antibiotics in milk at low tolerance levels.

Figure 1 displays three MRM transitions for a single antibiotic – sulfamethazine. These were spiked at a 5 ng/ml level in a milk matrix, demonstrating a good signal to noise. The retention time for each analyte was found to be reproducible within ± 0.1 minutes over a 24-hour period.

Blank milk samples were spiked with varying concentrations of antibiotics (0.1-1000 ng/mL) to generate a matrix-matched calibration curve. This was done at nine different concentration levels along with internal standards. 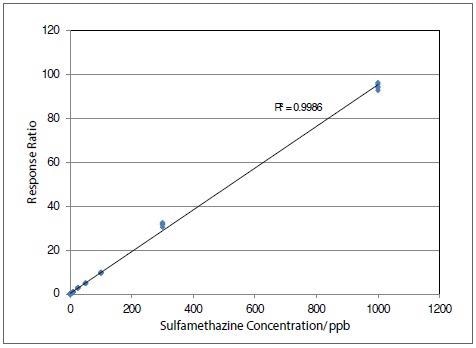 Figure 2. Calibration curve for sulfamethazine over concentration range from 0.1 to 1000 ng/ml for n=5 at each level in milk extract. Image Credit: PerkinElmer Food Safety and Quality

The calibration curves were determined to be linear, with a calibration fit of R2 greater than 0.9958 for all the analytes. Table 5 demonstrates exceptional precision of response for each analyte for five replicates at different concentration levels.

The data highlighted that the RSD of the response was less than 5% at a concentration level of half of the tolerance level or higher for each analyte present in the milk extract.

Table 6 provides a summary of all 13 antibiotics’ recovery at concentration levels close to their tolerance limit in milk. Absolute recoveries of antibiotics of the macrolides, sulfonamides and β-lactam classes were found to be between 70% and 120%, with RSD% <20% for replicate samples (n=5).

Recoveries for fluoroquinolones and tetracyclines (Table 1) have been corrected for losses during the extraction process via the use of the internal standard ciprofloxacin-d8.

Table 6 lists the impact of using a range of organic solvents during protein precipitation, highlighting how these may affect the recovery of analytes and ion suppression from a matrix.

It should be noted that recovery of all analytes was similar with both solvents, except for erythromycin – recovery of erythromycin with acetonitrile and methanol was around 27% and 98%, respectively.

Five milk samples with varying fat content (1% to 5%) were fortified with internal standards. These were then screened for antibiotics using the method outlined here.

Retention time and quantifier ion response confirm that none of the target antibiotic analytes were detected, even at a level three times lower than the LOQ of the method (0.1 to 1 ng/ml).

It was determined that the RSD of recovery of the two internal standards from milk samples with different fat content was under 15%, indicating, therefore, that milk’s fat content did not impact the recovery of these analytes when using the sample preparation method outlined here.

Rather than two transitions, three ion transitions were monitored to ensure accurate identification and confirmation. This approach provides two product ion ratios instead of one, ensuring higher selectivity and improved identification specificity.

Relative ion ratios at various concentration levels were found to be within ± 11% of the average ion ratio – lower than the acceptable relative tolerance level limit of ± 30% defined by the SANCO guidance on the analysis of chemical residues in food.5

The system’s long-term stability was assessed over a period of 6 days by injecting milk extract spiked with 10 ng/ml of fluoroquinolones, sulfonamides, β-lactams and 50 ng/ml of macrolides and tetracyclines.

The long-term normalized response of 10 ng/ml of sulfamethazine in milk extract is highlighted in Figure 3 with respect to internal standard. 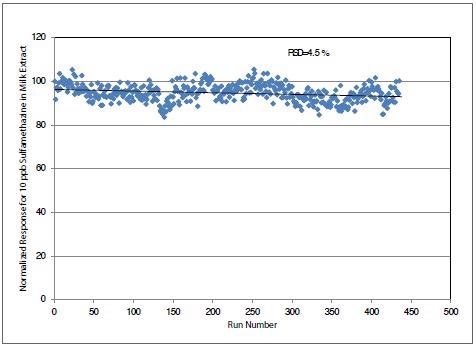 It was noted that the response for sulfamethazine did not decrease, even after 6 days of injections. This demonstrates the triple quad MS/MS system’s excellent stability.

This study effectively demonstrates a rapid, robust and reliable LC/MS/MS method that is sufficiently selective and sensitive for the analysis of multiple antibiotic classes in milk.

This study used a modified QuEChERS sample preparation method that was simple and demonstrated good recoveries for the majority of the antibiotic classes investigated.

The method facilitated the identification and quantification of target compounds in low ppb range (0.1 to 1 ppb) in milk while demonstrating good retention time stability and precision.

Long term stability data confirmed that an LC/MS/MS system is capable of analysis of samples with dirty matrices without any maintenance downtime. 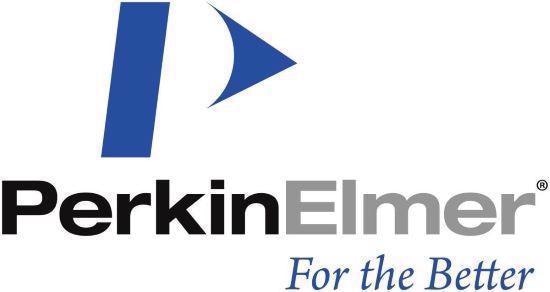 This information was obtained, reviewed and adapted from documents provided by PerkinElmer Food Safety and Quality.

For more information on this source, please visit PerkinElmer Food Safety and Quality.

For Jackson State and Deion Sanders, an offseason to reset, reassess and reclaim their loot – The Undefeated

Scam Alert: “Prove to me that you are a human, not a robot”

One in six pays the best tax charge by subsequent 12 months, analysts say

Level of sale financing: what it is advisable know